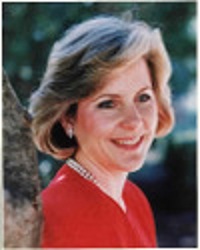 Back in the early 90s, teenager Kristi Koslow felt slighted by her step-parents, Jack and Caren Koslow. They were very wealthy, and Jack’s divorce from Kristi’s mother had left Kristi merely upper-middle-class (life is cruel).

Hardly befitting to Kristi’s aspired station in life, she recruited her then-boyfriend Brian Salter and his friend Jeffrey Dillingham to murder her step-parents in their Ft. Worth, Texas mansion. She promised Salter that once she inherited their money, they would marry and live a life of ease. The boys managed to kill Caren when they attacked the couple while sleeping (thanks to Kristi’s house key and security system code), but Jack survived a vicious bludgeoning.

Jack was initially the prime suspect in Caren’s murder. You can read a comprehensive piece on the case at TruTV’s site.

So, where are they now?

Kristi Koslow was convicted of capital murder. Jack Koslow wanted Kristi to receive the death penalty, but she was sentenced instead to imprisonment in Gatesville, Texas when she agreed to testify against Jeffrey. She will be eligible for parole in 2027. In 1997, the Texas court of criminal appeals rejected her appeal. She holds a prison job and takes college classes. Kristi seeks penpals (yes) on Writeaprisoner.com, where she describes herself as a bi-sexual Catholic with a big heart.

Brian Salter also made a deal with prosecutors, and was also spared the death penalty. He is also eligible for parole in 2027. He is also housed at the Texas penitentiary in Gatesville.

Jeffrey Dillingham was executed for his crime in 2000 by lethal injection after all of his appeals for clemency were rejected. This is his Find-a-Grave site,

Jack Koslow, who now is estranged from Kristi, still lives in Ft. Worth, Texas. He sold the home he shared with Caren and eventually remarried. He still bears a visible scar on his throat from the attack. He is the owner of a building supply company and a supporter of the local ballet and the Ft. Worth Zoo. In 2012, he served as a city councilman for the Ft. Worth suburb of Westover Hills. He did not attend Dillingham’s execution.